On December 29, 2016, the Baltimore City Dept. of Transportation issued a traffic advisory "Road Closures for Construction of the Harbor Point Connector Bridge". The closures are expected to begin on January 5, 2017 and to last approximately one year. Full project details and regular updates are available at CentralAveProject.com. 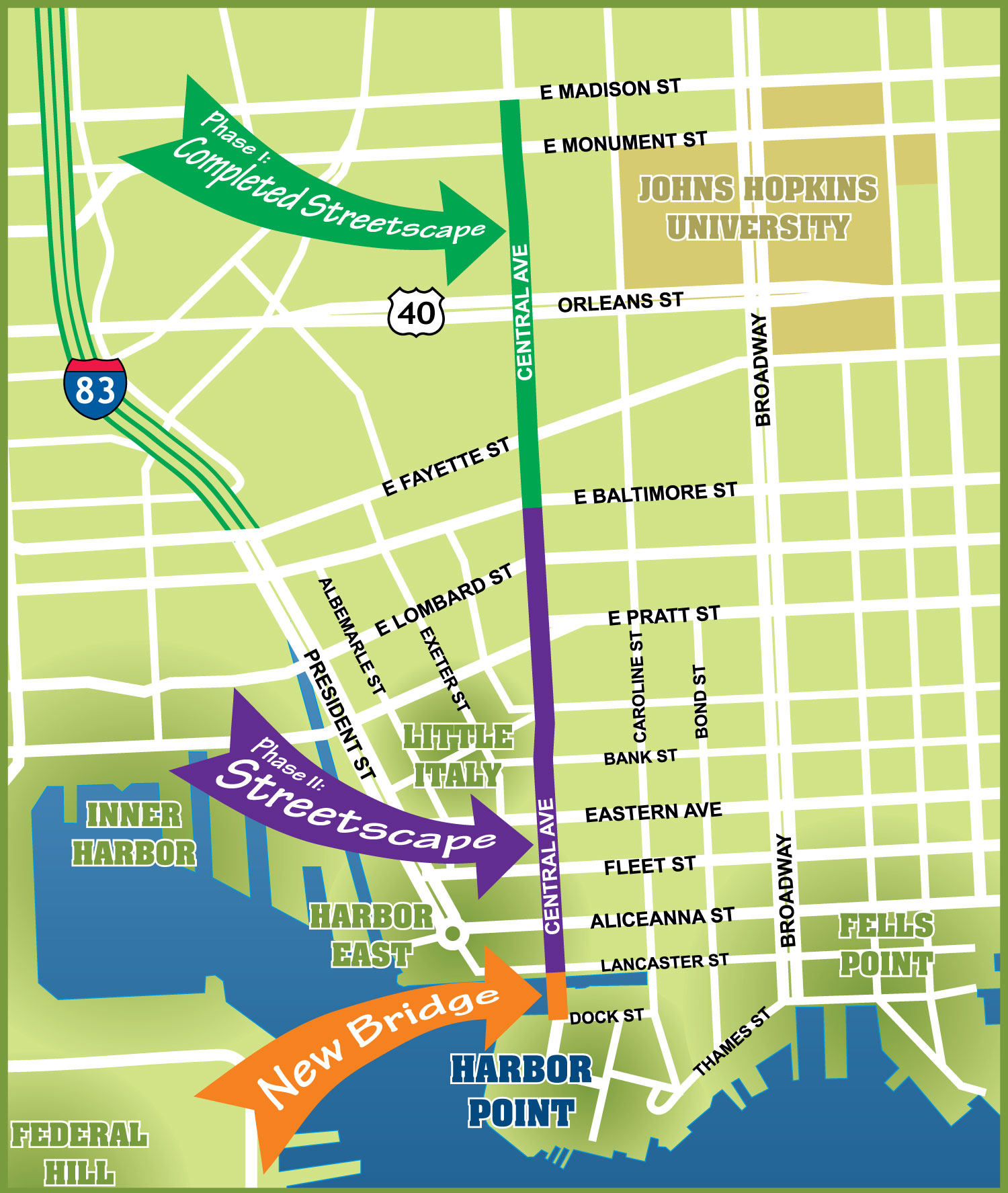